Shopping for fishing items is fun any time of year. It only takes an instant to get hooked on fishing, and the excitement of finding a new pole or lure can often be as exciting as catching fish. If someone loves fishing, gifting them with a fishing item might be the best way to bless them. Here are some fun gift ideas for fishing:

ROD AND REEL TYPES– Though there are many brands, styles, sizes, shapes of reels, rods and poles are pretty much as described, however vary in strength and flexibility. Here is a quick guide to help choose reels, rods /poles:

SPINNING REEL AND ROD – Reel hangs under the rod. Combinations can be purchased as low as $19 to more than $1,000. Click on image below to see choices

SPINCAST REEL AND ROD The reel sits on top of the rod. They are great for beginners. Prices run between $15 – $100. Click on image below to see more choices

BAITCASTING REEL AND ROD – Reel sits on top of rod. They are great for all types of fishing. Prices range between $30 – $500. Click on image below to see more choices

FLY REEL AND ROD – The reel is attached under the rod. Flies are highly effective with all types of fish. Short casts can be easy. Learning to tie flies and to cast can be lots of fun. Prices run between $25 – $1,000 + Click image to see options

TENKARA EXPANDABLE RODS – Tenkara rods are believed to be predecessors to fly rods. They work much like bamboo poles. They are easy to use and highly effective in close distance casting. Poles range between $20 – $300. Click the link to learn more…

CONVENTIONAL REEL AND ROD These reels are often used for trolling, deep waters and pier fishing, and not when casting is important. They work great on boats, and are priced from $30 – over $10,000 depending on the use.

REELS OFTEN USED FOR BIG GAME SUCH AS SWORDFISH AND MARLIN

SPIN FISING ROD – Named for the reel it is made for, which is a Spinning Reel Here is a photo of an entry level combination that can be used on most bodies of water; Priced under $40.00

Today this reel is priced under $15.

SPIN FISH ROD or Spinning Reel & Rod – Named for the reel it is made for, which is a Spinning Reel that hangs below the pole. Here is a photo of an entry level combination that can be used on most bodies of water; Today Priced under $40.00

SPINNING REEL DESCRIPTION – A spinning reel is the most commonly used reel. It is difficult to use a spinning fishing rod with some other types of reels, as they don’t work the same way. If you are starting out, you may want to consider purchasing a combination to avoid complications.

POSITIVES – This reel is easy to cast and keep clean. The gears are protected by the spool and the line is visible, which makes it easy to deal with snags and cleaning after use. Like all fishing gear, it is wise to spray down fishing rods and reels with fresh water after each use.

NEGATIVES – Though most people learn quite quickly how to use them, these reels can cause issues for beginners as the bail has to be lifted and the line controlled to complete the cast. Especially with children, it is better to start with either a long bamboo pole for lakes, or “Spin Casting” rod and reel combination. 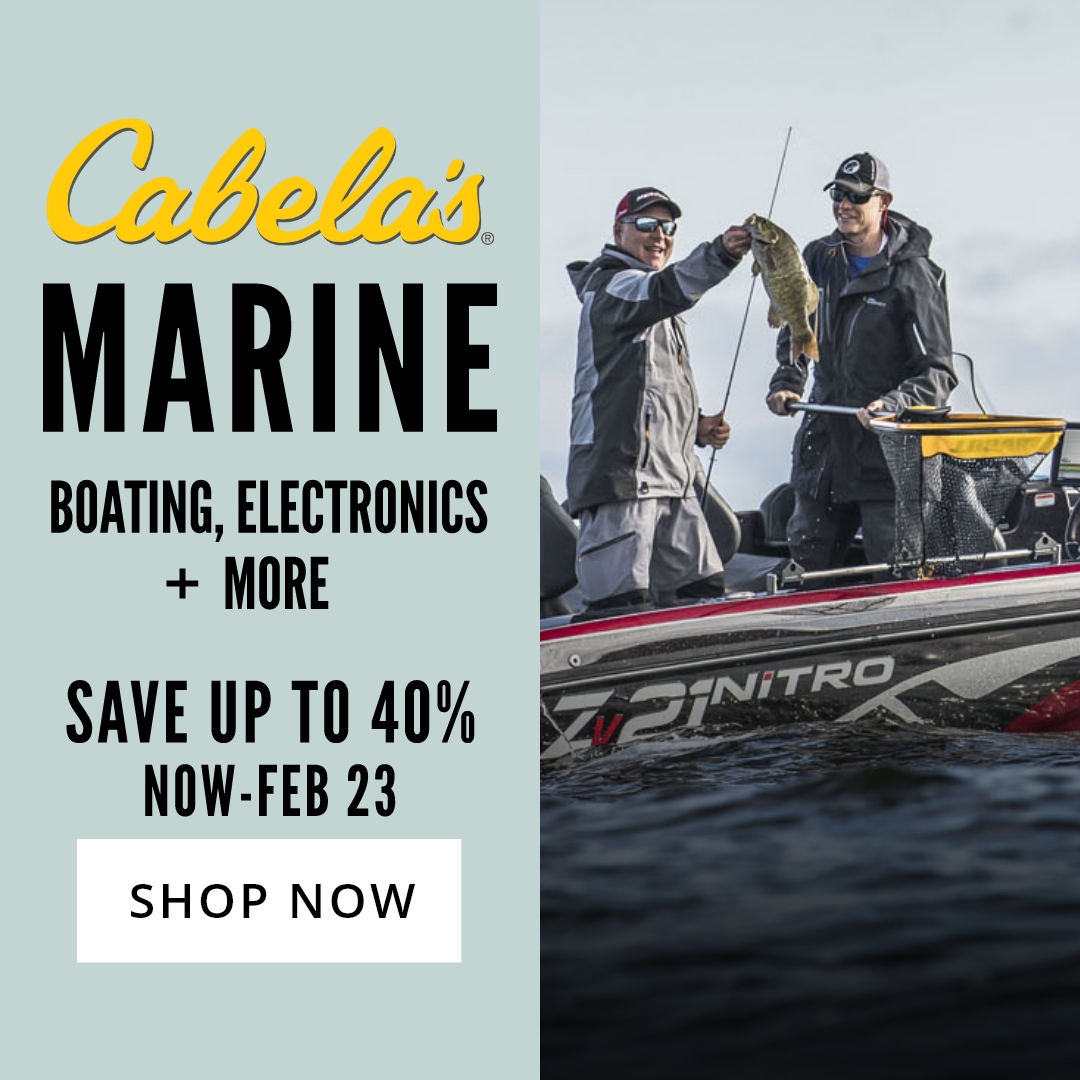 HERE ARE SOME GREAT SPINNING ROD AND REEL COMBINATIONS TO EXPLORE Today this combo can be purchased with bobbers and hooks for less than $20 Have one delivered in days.

BAMBOO POLES CAN BE AWESOME TOO – Making the first outing(s) special is very important. If you are starting out or getting your child started in fishing, try taking them to a small lake or pond where they can catch bluegill or perch with a bamboo pole. The poles are easy to cast and exciting to feel the fish on. Bamboo poles used with bobbers can be deadly on bluegill, perch, crappies, bass, and also trout. Just a worm on a hook with a bobber is all you need, and they usually can be purchased in combinations. Here is a link you can use: SPINCAST ROD AND REELS – Price range is usually $10 – $100. It is rare to find them over $100. Spincasting Rods and Reels are usually sold in combinations for beginners at lower prices. With these poles the reel sits above the rod. They are as easy as pushing a button and swinging your arm in the direction you want the lure to go as you release the button. They are sold in shorter sizes for toddlers and larger sizes for adults. Many experienced fisherman use them on lakes and streams, as they are easy to cast in tight locations. They are not recommended for salt water, as they are difficult to clean.

POSITIVES – They are awesome for beginners in fresh water. Casting is easy for all types of lures.

NEGATIVES – Because the line and gears are all in the same cavity they easily hold dirt and salt and are difficult to clean. They can last longer with salt water use if the cover is taken off and the internal gears and spool cleaned with fresh water after each use.

It is important to keep things simple for kids who are just starting. What hooks them is the feeling of the fish on the line. Their interest in gear will soon wear out if they don’t catch fish. Parents often make the mistake of buying too much too fast for their children, and get frustrated by untangling the lines. Try to make sure they have fun and catch fish if you want them to stick to it.

Most bamboo poles can be purchased for under $15, and come with everything you need other than the bait. Clicking on the image below will take you more reviews and combinations.

BAIT CAST RODS AND REELS OR BAITCASTING RODS AND REALS – Baitcasting reels are similar to spincasting reels as they sit on top of the rod. Baitsasting reels come in different gear rations, and can be quite expensive. They are often used by professionals and can run into the thousands in price.

POSITIVES – Once mastered, they can cast a long way and are superior in gear quality than most reels. The gears are well protected like the spinning reel and the line is exposed, so cleaning and upkeep is easy.

NEGATIVES – If not mastered, they spool and tangle easily and can create frustration and huge messes if not used properly. Make sure to practice with them before going out.

HERE ARE SOME AWESOME BAITCASTING ROD AND REELS :

CONVENTIONAL REELS – Conventional Reels, sometimes called Trolling Reels, are similar to Bait Casting reels in many ways. The gears are enclosed and the line is exposed for easy access and visibility. They can handle heavier tackle and fish than most spinning reels, because the spool is perpendicular to the line and rod, and not reliant on the bail (thin metal wire used on spinning reals). Today, because of the recent changes in gear ratio technology, high end and custom bait casting reels are being used similarly to big game conventional reels, and big game reels are resembling bait casting reels.

These Fresh Water Conventional Reels can run between $40 – $150

CONVENTIONAL REELS – Conventional Reels, sometimes called Trolling Reels, are similar to Bait Casting reels in many ways. The gears are enclosed and the line is exposed for easy access and visibility. They can handle heavier tackle and fish than most spinning reels, because the spool is perpendicular to the line and rod, and not reliant on the bail (thin metal wire used on spinning reals). Today, because of the recent changes in gear ratio technology, high end and custom bait casting reels are being used similarly to big game conventional reels, and big game reels are resembling bait casting reels.

POSSITIVES – These reels are usually much stronger than other reels. They can hold lots of line and can take much of the strain off when pulling in large fish. They are also excellent trolling reels, as you can easily gage the amount of line that is being let out, which is why they are often used with downriggers and outriggers on boats. They are best for big game fishing and deep fishing.

NEGATIVES – They can be difficult to cast, especially if they have a line guide. As they were originally designed for commercial fishing, they are made to be workhorses, so are not as versatile as any of the other reels. Though they could be the only reel to use for extremely deep fishing or for sword fish that are sometime caught thousands of feet below the surface, it is practically impossible to bring a fish up without a motorized reel.

HERE ARE SOME AWESOME COMBINATIONS IN DIFFERENT PRICE RANGES

SHORE FISHING can be an inexpensive way to have fun, and most bodies of water have shores where fish can be found. Though “Spinning” Rods and Reels are best because of their long casting range, other great options are “Spin Cast” rods and reels, Fly rods and reels, Tenkara Expandable Poles, and Bamboo Poles.

SPINING RODS AND REELS WORK AWESOME IN MOST CONDITIONS, EXCEPT FOR REALLY BIG FISH OR WHEN FISHING DEEP. THEY COME IN A WIDE PRICE RANGE AND ARE THE MOST VERSITILE COMBINATION

DOCK FISHING – Dock fishing, especially on small lakes and lagoons can be amazingly successful fun! It doesn’t need to be expensive and can involve lots of people, and also create wonderful opportunities for spending time with family and friends. It is often fun to plan a fish fry at the end of the day, taking some hotdogs and hamburgers to go along. Knitting for Kids: 10 Easy Knitting Projects — A Nation of Moms

FISHING GEAR GUIDE – How to choose the right gear……..